Effective Monday, September 20, 2021 masks are required for all individuals aged two years and above while indoors at the Reading Public Library. 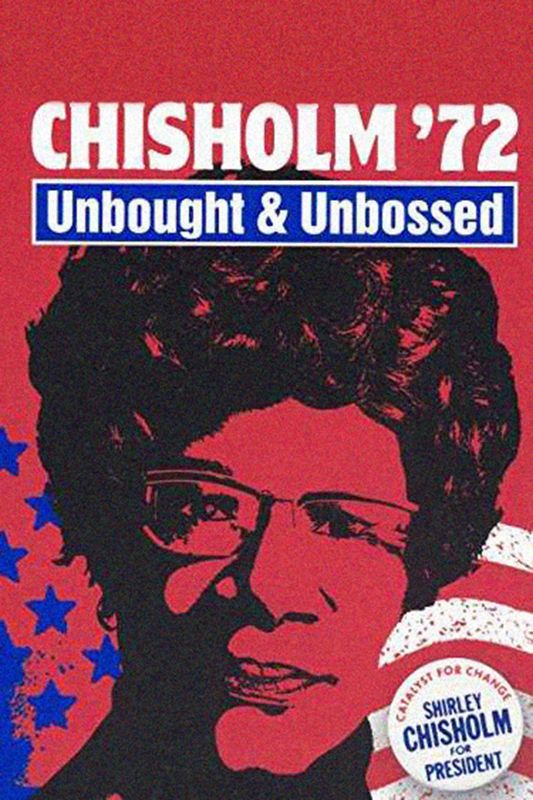 The Vote! Screening of 'Chisholm ’72: Unbought and Unbossed' with director Shola Lynch

Recalling a watershed event in US politics, this Peabody Award-winning documentary takes an in-depth look at the 1972 presidential campaign of Shirley Chisholm, the first black woman elected to Congress and the first to seek nomination for the highest office in the land.

Shunned by the political establishment and the media, this longtime champion of marginalized Americans asked for support from people of color, women, gays, and young people newly empowered to vote at the age of 18. Chisholm's bid for an equal place on the presidential dais generated strong, even racist opposition. Yet her challenge to the status quo and her message about exercising the right to vote struck many as progressive and positive.

"A refreshing antidote to the opportunism and cynicism that rules the political roost today...an inspiring tale of someone who made a difference." - James Greenberg, Hollywood Reporter

Join us for a discussion of Shola Lynch’s Chisholm ’72: Unbought and Unbossed. We'll view clips of the film and hear about Chisholm's political life. Boston University Professor of History and African American Studies Paula Austin facilitates with director Shola Lynch!

Watch the film in its entirety with your Reading Library Account through our streaming service Kanopy (may be available through other libraries as well) https://readingpl.kanopy.com/product/chisholm-72-unbought-unbossed

The Vote! is generously sponsored by Mass Humanities and is a statewide initiative to spark conversations around voting rights.

To use this platform, the system writes one or more cookies in your browser. These cookies are not shared with any third parties. In addition, your IP address and browser information is stored in server logs and used to generate anonymized usage statistics. Your institution uses these statistics to gauge the use of library content, and the information is not shared with any third parties.